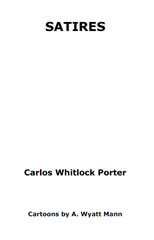 Introductions : Many years ago, someone I know very well worked as a trained children’s nurse in a world-famous hospital for disturbed children, in London, with 4 years of training (RN, RSCN) and about 8 years of experience. All the other staff members were similarly qualified. The head of the unit was, obviously, a qualified physician, with 20 years of experience working with disturbed children. One day two Jews showed up, both of them 22 years old, one from South Africa, the other from Canada, neither one of them with any medical training or experience, but with 4-year “psychology degrees”. They created total chaos throughout the entire hospital, from the day they arrived, until the day they left. They said that the children should be allowed to “express themselves” by refusing to do what they were told, by hitting and kicking members of staff, by spitting on members of staff, etc. etc. If you didn’t agree with what they said, you were accused of “not wanting to be progressive”, etc. etc. They would argue the hind leg off a mule, and were adept at “proving” that 2 + 2 = 6. The English being what they are – wishy-washy – in short order these two Jews had everybody fighting and quarrelling with everybody else. The doctor in charge of the unit simply opted out. In the end, after several months, they both left, presumably to wreak havoc elsewhere, and things returned more or less to normal. This is how the Jews always operate, at all times and in all places: they get everybody fighting with each other, over crazy theories invented by them, and it only stops when they leave or are expelled. This has been the history of the Jews for 3,000 years, wherever they have ever lived, from the distant past to the present. That repression causes neurosis is a truism of the modern world, a notion invented and peddled chiefly by Jews and originally, but not exclusively, by the Freudians. Good manners, discretion, a decent sense of shame, a consideration for the feelings and sensitivity of others are a thing of the past. This applies chiefly to sexual matters. This does not apply, of course, to the “repression” of our natural resentment of buttinsky yidniks and other by-products of the primeval ooze. What about our self-expression? What about our mental health? We should bust a gut or something? We might become neurotic, already ? It is the hypothesis of this practitioner (i.e., myself) that millions of white Americans are suffering from neurotic symptoms caused by the repression of their racial feelings. Freud believed that neurosis would cure itself through the “catharsis” (κάθαρσις) of analysis, i.e., the “expression” (Äußerung) of “repressed feelings” (verdrängten Empfindungen). Hence the present volume. Carlos Whitlock Porter, 16 September 2013. ...