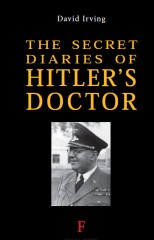 Introduction. Obviously he had once been a corpulent and imposing figure, this elderly man lying on a stretcher in an empty room of the Red Cross facility at Munich railroad station. But now his hair was awry, his face was pale; he was sobbing quietly to himself, the figure which had once been clad in a magnificent uniform was kitted out in a cast-off American battledress, American socks, and a GI shirt several sizes too small for him. These were the clothes he had been allowed to take when thrown out of American civilian internment camp No. 29, better known as Dachau concentration camp. It was June 30, 1947. The Americans had no further use for prisoner number 21,672 – he himself had been cleared of war crimes charges, and the Doctors’ Trial at Nuremberg had ended without his giving evidence. So they had driven him to this railroad station, stuffed his discharge papers into his pocket and left him for the Red Cross to find. Two hours passed before a nurse, Eva Meier, spotted the pathetic figure. She arranged for an ambulance to take him to the auxiliary district hospital Alpenhof at Tegernsee. At the hospital his papers and possessions were listed. His passport showed him to be Professor Theo Morell, doctor of medicine, sixty years old. He looked much older. A discharge report drawn up by Dachau camp hospital on the previous day stated that he had serious cardiac trouble, that he was unable to work and was suffering from “aphasic speech disorders.” The papers also showed the reason for his internment: “Hitler’s personal physician.” ...