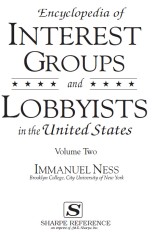 The American labor movement is considerably weaker and less effective in advancing the interests of workers than equivalent movements in Western Europe and Canada. In virtually every category of economic security American workers lag behind those in other advanced industrial countries. On average, American workers earn less and work longer hours than workers in countries with stronger labor movements. Although American workers’ conditions lag behind those in other nations, they are not necessarily any less militant or less interested in improving their living standards through collective action. Scholars attribute workers’ inferior position in America to the weakness of labor unions to advance their powers with businesses and corporations, possibly because there has never been a major, labor-based political party in the United States. While effective labor-based parties have emerged in the early twentieth century throughout Europe, no equivalent party has formed in the United States. In Germany, where a strong labor party has emerged, organized labor is viewed as an important arbiter in determining the distribution of government benefits such as healthcare, pensions, and education. Moreover, while industrial democracies in Europe with a history of labor activism have elaborate social safety nets, the American welfare system has always been less extensive, and at the dawn of the twenty-first century is getting even weaker. Significantly, the United States is the only advanced industrial country that has no universal health insurance system that guarantees healthcare as a right to all its citizens. In the United States, labor unions are often viewed as special interest organizations because, rather than seeking to advance the interests of workers as a whole, unions—much like corporate interests—sometimes lobby government officials to gain special treatment for industries that employ their members. For example, the United Steelworkers and United Auto Workers support tariffs and restrictions on the import of low-cost steel and automobiles that compete with American products and jeopardize the jobs of its members. Unions that represent workers in the public sector frequently seek to gain greater government funding for their industries. But organized labor also seeks to lobby government officials to improve the conditions for all workers in America. These efforts include support for raising the minimum wage, extending unemployment benefits, and support for universal healthcare. The American organized labor movement historically has worked toward improving employees’ relations with employers and supporting government programs that benefit working people. Unions believe that wages and benefits can be improved through bargaining with employers and through influencing government policies that affect workers as a whole. By engaging in political activities unions strive to defend labor through government programs. ...