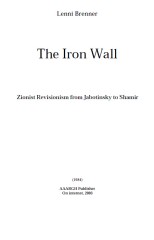 Odessa was and is beautiful: located on a high plateau, it looks across its bay into the Black Sea. Taken from the Turks only in 1792, Tsarist Russia's southernmost port was ice-free except for five weeks each winter, and it soon became the empire's thriving grain exporter, its character a cosmopolitan extension of the Mediterranean trade lanes. There were no Jews in Russia until the late 18th Century. In 1471, two Jewish merchants in the retinue of a Kievan noble had "corrupted to Judaism" two prominent clergymen of Novgorod. A heresy, known as the Judaizers, began to spread among the Russian Orthodox monks, using passages from the Old Testament as the basis of a critique of the established social order. Eventually, in 1504, their leaders were burnt at the stake and the sect disappeared; but the Holy Synod always remembered the deviants and from thence forward Jewish merchants were forbidden entry to the "Russian earth". It was only in the 18th Century, with the conquest of vast territories from the moribund Polish and Turkish empires, that the regime in St Petersburg was confronted with an internal Jewish population. There were only five Jews in Odessa in 1792 when the Turks were finally driven completely out of the Ukraine. Despite intense distrust of the Jews and their religion, St Petersburg realized immediately that the scattered Jewish merchants were vital to the economy of their new acquisitions. Indeed, Jews were encouraged to migrate down from the former Polish lands into the sparsely populated Euxine hinterland. By the last quarter of the 19th Century, Odessa held the second largest Jewish community, after Warsaw, in the empire; the town was already 25% Jewish by 1880. Most shops were Jewishowned, and the centrepiece of Odessa'sprosperity, the grain trade, was in Jewish hands. Although most migrants spoke only Yiddish on arrival, Russian rapidly became their home language. Odessa Jewry was by far the most modernist Jewish community in the so-called Pale of Settlement, the area to which the Autocrats of All the Russias confined the vast bulk of their over five million Jewish subjects. ...