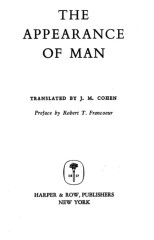 THE PROGRESS OF PREHISTORY. There was a time when prehistory was deservedl y suspect and a subject for jokes. The often fanciful representations of its first adepts and the anti-Christian bias of their theories seemed deliberately to invite the distrust of scholars and believers alike. Somewhat indiscriminately therefore the first pre-historians were treated as sectarians or cranks. But today this distrust and contempt are out of date. Now that the assembled fàcts furnish a larger basis for serious reconstructions; now that a calmer view of the relations between science and faith shows that religious truth is safe from any sudden turns that the experimental science of Man may take, it would be unpardonable to ignore or inveigh against the work of the prehistorians. Prehistory is in process of becoming a true and proper science; and 1 know no more certain proof of this than the publication, at present proceeding, of a sizeable German work, Der Mensch aller Zeiten, 1 in which the most recent discoveries of anthropology will be set out by a number of Catholic scholars working in collaboration. ...