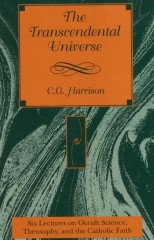 INTRODUCTION TO THE 1993 EDITION by Christopher Barnford. Every age has, so to speak, its own idea of Zeitgeist. Now it is a commonplace that ideas rule the world. But it is not generally known that they derive their potency from the spilitual force that lies behind them, and prepares the world for their reception. What is the nature of this War in which we fight not with carnal weapons but against Powers and Principalities and spirimal wickedness in the supercelestial regions? A spiritual war is a war of ideas. The world is ruled by ideas, and often wrong and false ones. ...