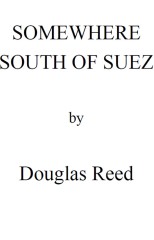 Chapter One. LONDON LEAVETAKING. I could find nothing more to pack or throw away. At last the house was bare of all trace of us, unless, in some cupboard-corner, still lay the fragment of a broken toy, or, in the miry little backyard, the sodden shell of a Roman Candle. The stillness of London in the small hours was intolerable. I would have given much suddenly to hear again the clatter-patter of feet and the uproar of voices which so often distracted me from my work when the house was full. I had toiled all day, clearing up forgotten odds and ends, and now stood in the empty house among my bags packed for Africa, while a northbound train carried the others from me. Big Ben had long chimed midnight. It was time to go. I looked round the deserted rooms, thinking that to leave a home still warm with family life is to die a little. It was not right to go away from a place that liked us, and that we liked, so well. I went once more through the house, where now only the dust and shadow of a happy year remained. It was one of the years that followed the second of the twentieth-century wars. London all around was unkempt, cheerless and underfed. My native city was not allowed to revive freely after its long ordeal, but was held by official decrees in an artificial twilight of troubled frustration. Our Chelsea year was therefore one of present discomfort and ominous prospect, yet for the family in that tiny house it was an unforgettably happy time, because its members were happy in each other and because London, in this purgatory, was so lovely. God disposes, no matter what man may ordain. The enforced dilapidation of old London only enhanced its grace and beauty. Wren’s churches, once hemmed in by the thrusting, elbowing, tiptoeing buildings of the City, now, as ruined shells, rode free and high like fine frigates in the razed area round St. Paul’s. Bumbles might dim the very lights of London, but this gave greater brilliance to the red, amber and green disks at the street-crossings; these made carnival in the blue dusk and enchanted the homeward walks of a London family from Hyde Park, through Sloane Street, to the little house. The drab drapes of privation and disrepair lent fresh colour and importance to small human things that spoke of London’s brave past, of its strength and endurance, and of the hope of a brighter future. We loved them all, during our Chelsea year: the artists who sold pictures in the King’s Road and the pleasant cafés with striped awnings which men back from the war opened there; the Guardsmen who on summer afternoons played cricket by the great barracks, where anti-aircraft guns pointed minatory fingers at dangers past or to come: the Chelsea Pensioners, in red or black frock-coats, who contentedly watched the game while the bomb-holes in their historic home, next door, were slowly mended. Beyond, tugs and barges plied on the Thames, and children played in Battersea Park in the shadow of the great power-station which the bombers never could destroy. If ever we had a little petrol the five of us, packed into an aged two-seater, drove to old Putney Bridge, and Wimbledon and Richmond, turning again towards London Town in that bejewelled twilight which made it, so battered and tattered, a fairy city still. I was enchanted by this beauty of grey London in 1947. I felt a sadness in it and wondered if this were born of suffering endured and would pass, or if it were premonitory. I sometimes think that cities do become fey and, unless this was only in the eye of the beholder, I believed I saw in the Nineteen-Thirties a wistful, twilight loveliness in ancient cities over which great tribulation hung, like Vienna, Dresden and Cologne; today they are razed or sunken in sad oblivion, captive or halffree. I felt it in Prague and in Paris before the German invasions. To me the very stones of those cities, the air in their streets, the looks and voices of their people, joined in a symphony of presentiment. ...