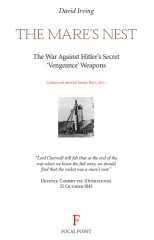 Like all manuscripts based in part on official files, this book was submitted by the author, then aged 25, to the government for clearance. In July 1964 the GCHQ security officer wrote to him: “The new chapter beginning, ‘Just as the analysis of inconsistencies . . .’ must not appear in any shape or form.” With the official revelation of the Ultra secret and the Enigma story in 1974this prohibition no longer applies. Just as the analysis of inconsistencies has led to the most unexpected discoveries in the field of applied science, so the examination of apparently inexplicable contradictions in terms can illuminate history’s more jealously guarded secrets. The genesis of this particular story was a process developed and applied by a consortium of Intelligence officers in an establishment fortyseven miles from London, a process of such secrecy that neither Cabinet Ministers nor Commanders-in-Chief nor even our most gallant Allies could be entrusted with the burden of its knowledge. Three inconsistencies will be found to occur in the story which follows, of which only one is significant; these are the documentary clues which we can best label “the petrol form,” “the radar plots,” and “the bills of lading.” The three clues are to play significant parts in this narrative as they, respectively, established that Peenemünde was genuine and the second most important research station; identified certain structures in France as flying-bomb catapults; and established the probable existence of 1,000 German rockets. Of the three, the alleged existence of the “bills of lading” is the most questionable. Ostensibly, the bills were thrown up like chaff as the grinding mechanism of an efficient network of SIS agents meshed momentarily with the machinery of Germany’s secret weapon development programme. In fact, their provenance was rather different. ...