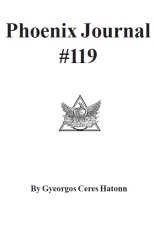 FOREWORD. REC #1 HATONN. FRI., DEC. 30, 1994 9:39 A.M. YEAR 8, DAY 136. FRI., DEC. 30, 1994. STRANGE THINGS A’COMIN’. The squeeze is on in Mexico as the nation wobbles on the brink of financial collapse. The parties who refused to accept help from the U.S. banks have now been “put out” and the Peso is beginning to adjust itself a bit. However, do not flaunt your newly gained advantage because, remember, the Peso devaluation was against the DOLLAR. The dollar slipped in value against the Peso so you have a distorted picture. The new parties in charge have now agreed to USE THE U.S. HELP. You will notice a total lack of any mention of the Railway mergers, the Macy’s merger or other “mergers” which give you a clue about the currency exchange. You will note, however, that a program has been run on TV regarding the massive transfers of money from bank to bank or other places through “computer hackers”. The amounts are into the BILLIONS of dollars. Do you really think the “Big Boys” are going to allow this kind of shifting to continue? Something has to kick off the final stages of unification of the world UNDER the “PROTECTION” (they will call it) of the New World Order. There is haggling and negotiations taking place while the Republicans through Rush Limbaugh PRETEND to be somehow different from the Democrats. They ARE different—they are just another part of the Elite Evil Empire wanting control. Just remember under all circumstances—they have the SAME GOAL: The World! They will work together against you citizens of the world when it benefits them and they can accomplish the most momentum—then the games get more and more evil as they vie for TOP position. Who should you be for? Oh my, well, I would choose the side which respects and reveres Christ/God as a reality rather than the side that denies HIM. There is “hope” with one while there is little “hope” with the other. It is so mixed up at the moment that unfolding is about the only way to find the difference. ...