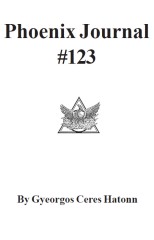 CHAPTER 1. THE HIDDEN “JEWISH” TYRANNY: THE ISSUE THAT DWARFS ALL OTHER ISSUES. Editor’s note: The following is excerpted from a highly confidential 1976 interview by Walter White of Western Front with Harold Wallace Rosenthal, a Jewish administrative assistant to Sen. Jacob K. Javits of New York. Although space constraints in this issue of CONTACT do not permit our printing the complete transcript of this incredibly brazen interview, we here present some excerpts related to Eustace Mullins’ discussion of “Jewish” parasites. For the entire interview, see Phoenix Journal #80, TRUTH FROM THE “ZOG BOG”. See previous page data, and see Back Page for ordering information. QUOTING: “It is a marvel that the American people do not rise up and drive every Jew out of this country.” MR. HAROLD WALLACE ROSENTHAL, himself a Jew made this statement after admitting the Jewish dominance in all significant national programs. He said, “We Jews continue to be amazed with the ease by which Christian Americans have fallen into our hands.” Asked how a nation could be captured without their knowing it, Mr. Rosenthal attributed this victory to absolute control of the media. He boasted of Jewish control of all news. Any newspaper which refused to acquiesce to controlled news was brought to its knees by withdrawing advertising. ...