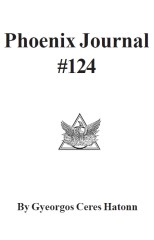 A WORD UP-FRONT. REC #1 HATONN. SAT., FEB. 11, 1995 10:05 A.M. YEAR 8, DAY 179. SAT., FEB. 11, 1995. GETTING TO KNOW OUR PLAYERS. It was NEVER intended that we would do other than build credibility and bring attention to ones who are buried by the adversary of God. As we move along through the volumes I will point out many, many things, give you clues and offer insight but it is time to begin to bring focus to the ones who KNOW and can TEACH and LEAD. We’ll call them the “KTL” as it seems you ones simply adore letters instead of knowing “MEANING” of anything, as for instance the ADL, which is your enemy of freedom and truth. The KTL will become your resource and all I ask is that you pay close attention when we offer something from these people. If there are errors in their presentations as to “my opinion” I will share “my opinion”; however, just because it is “my opinion” in many things will reflect exactly “that”—MY OPINION. When truth can be absolute or known if you but had another clue or two I will offer what I can—usually by pointing out the “clue”. Each journey, each thing learned is totally “individual”—we are only come to share and tell. As we focus on the early “sexually” explicit brain-control project of Monarch Project, we will be offering primarily the work and sharing of Mark Phillips and Cathy O’Brien in the upstart here. They are not the only ones but they are accurate as far as they go and they do not claim, at this time, to go further and into opinionated assumptions. There are many assumptions to be taken—but until ones understand much of the “whole”, often assumptions are in error of the overall. This does not matter for you as readers MUST DO YOUR TASK—LEARN ALL YOU CAN AND SEE THE OVERALL AS BEST YOU CAN AND THE CLUES OFFERED WILL FIND THEIR FITTING PLACE. Knowledge and information are gleaned from “out of the blue”, mysticism lovers; God gave you a BRAIN and MIND to LEARN. We spent a delightful day yesterday with a group of Japanese visitors, hosted by Norio Hayakawa. They came with the publisher of a Japanese magazine which has been in publication for some 20 years. They had visited around and then spent a day at Area 51. I think we had a beautiful and fruitful meeting and lunch with them. Jordan Maxwell was also with us so we had an extended day after the Japanese friends had to depart. ...