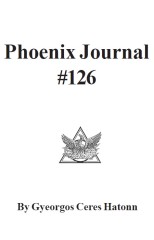 CHAPTER 1. THE MOST ASTOUNDING SUBJECT OF MODERN TECHNICAL WARFARE: ROBOTOIDS & GENETIC DUPLICATES. Editor’s note: Near the middle of the third column of the writing on p.2 Commander Hatonn asked us to share a bit about the Jimmy Carter entity presently hopping around the globe like some brilliant international peace-meister and social gadfly in high places. Well, as we rummaged around for that material, we discovered it was very interwoven not only with what we have covered these past 3 weeks with the Bolshevik-Zionist antics of the early Space Shuttle missions, but also with the incredible subject of biological doubles or genetic duplicates. Realizing that we have never yet offered you a focus article on this subject, we decided to put together, from some of Commander Hatonn’s earlier writings, a bit of a “refresher course” on a matter—ahem—not well covered in our Biology textbooks, for some reason. I always hear that this subject is THE most incredible and difficult to accept of all our far-out topics, yet the clues, to the actual progress that has been made in Genetic Engineering, are all around us if we but keep our eyes open for the relevant news tidbits. Moreover, as you read the following, harken back to the final episode, for last year’s first season, of the wildly popular TV show called The X-Files, and remember those large vats of growing bodies featured prominently in that season finale episode. Wherefrom do you think that show derived its story line—from fiction or fact? Better read the following before answering that one! These writings are extracted from Journals #28, #29 and #52, containing information from writings that go all the way back to November 30 of 1990! Nothing has changed—except improvements of these technologies to a level truly almost beyond belief. Yes, as the old phrase goes, looks CAN be deceiving, especially where various world leaders in the New World Order pageant are concerned. Moreover, you’ll probably never be able to look at a cow in quite the same way again, either! — Dr. Edwin M. Young, Editor-In-Chief. ...