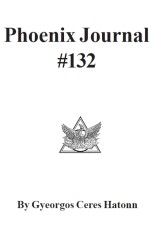 CHAPTER 1. SOMETIMES YOU JUST HAVE TO CATCH THE “BULL” BY THE HORNS (OR IS THAT BY THE SHOVELFUL?) AND DEAL WITH IT ! As I said above, sometimes we have to shift attention from our usual, more global perspective on the news and other antics of the Elite would-be controllers, to focusing on what at first appears to be banal distraction. Remember, though: EVERYTHING is connected to EVERYTHING else, especially in these games of big-time intrigue! Indeed, my usual inclination is to just ignore such “cacklings from the henhouse” so as to keep CONTACT focused on what must be gotten out to you readers who honor us so highly—rather than fall into any petty setup traps of distraction. But then I’m caused to remember CONTACT’s requirement to maintain its strength as a beacon of credibility. And, as Mark Twain said so well: always telling the truth will annoy some and astound the rest. Well, it’s that “annoyed some” we finally have to deal with here. What’s been flying around the fax circuits (circus?) recently is yet another of those periodic attempts to bring down our credibility by the Dark Forces working through those who are easy and open prey to such influence. You long-time readers will simply say, “So, what else is new? If you weren’t broadcasting truth, you wouldn’t be ‘honored’ with the attentions of such flack!” And that’s true enough. In fact, this kind of disinformation campaign “takes two to tango”. That is, you first need a planter or injector of the spark of lies into the information system. Then you need an amplification system—something to fan the fire. This requires, sadly, the ignorant, the uninformed, the jumpers- to-conclusions, the vindictive-from-being-hurt, or the otherwise-vulnerable to accept such blarney and then further spread it around with embellishments of even grander proportions. As Commander Hatonn said recently about this matter, “What may appear to be petty quarreling, is that which is deadly if left unattended.” So, with that cryptic warning in mind, we turn the matter over to you readers—you jurors. FIRST, read Commander Hatonn’s important moodsetting writing (starting on page 40) that I titled “Suspicious Antics From Wayward Sheep”—and THEN turn to page 2. There I’ve asked Rick Martin to help by sketching an introduction to the “Court Exhibits” for your consideration because of his position, which is more on the front line (the firing line!) to the actors-up and the action. Know that important matters lie beneath what appears to be a tempest in a teapot. The clues are there and the time for truth is NOW! — Dr. Edwin M. Young, Editor-In-Chief. ...