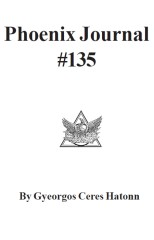 CHAPTER 1. THE PIPELINE, PART 16: by Michael Maholy MIAMI BLUES. My winter ski vacation at Dan Lasater’s condo in New Mexico’s Angel Fire mountain area had finally come to a pleasant end. I remember how both Marcie and my son stood in front of the mirror looking at their wind-burned faces and laughingly stating they had a winter tan. Now it was time to head back to the solitude of my own little hamlet deep within the Arkansas Ozark Mountains. I had played enough over the past seven days. I was young at heart, but my bones told a different story. Upon arriving back in Little Rock, I put Marcie on a flight back to New Orleans. Even though we had acquired a very meaningful trust for one another, I still could not bring myself to take her to my safe house that was known to few, other than my very closest friends and family. She asked me when she would see me again, and I told her that perhaps I would have to fly down to New Orleans to secure a cocaine transaction for the boys back in Little Rock, something that I had promised Dan Lasater before I left for Angel Fire. All of this had to be done before I left for Miami for a combined business and deep sea fishing trip, compliments of the Colombians and Max Mermelstein. I placed a call to my people back at Langley and told them that I was busy with the people from Little Rock again. They told me that these people, Clinton’s gang, were not worth fucking with, as I had to remember who I was working for. I was working for Oliver North and George Bush. They had to continue the relief efforts down south and keep a steady supply of arms and ammunition flowing to make their enormous profits. My reply to them was that I was working on gathering information on the missing guns from Algiers, Lousiana, and that perhaps we could stop any more thieving in the future. Then I told them that I had run across Max Mermelstein and Rafa Salazar over the past week and that they wanted me to fly to Miami to listen to some of the details of their new smuggling ideas, which we could perhaps use down the road. I didn’t tell them that I would be fishing—or that I might be trying to set myself up in a little action. This was what I guess you would call playing both sides of the fence. I knew that I had obligations to North and Bush, but hell, I had to make a living too! So, as I said, I played it as though I was on yet another intelligence-gathering mission. This they always bought, only because that’s how the government finds out anything, from agents out in the field. ...