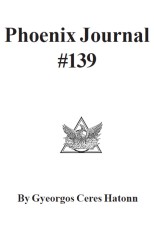 CHAPTER 1. THE PIPELINE. Part XIII. by Michael Maholy. Editor’s note: According to a recent letter we received at the CONTACT offices, Mr. Maholy has decided that we should go ahead with the publishing of his continuing outlay of information regarding the outrageous, contemptible drug business in which our government is so deeply involved. He is in the process of being transferred to Leavenworth, KS and is being charged with yet more alleged crimes, apparently to persuade him to keep quiet. The last installment of “The Pipeline” appeared in the 1/3/95 issue of CONTACT on p. 6. We have not yet received word about his new address, but we will publish it when we know it, so everyone interested can continue writing notes of support to him. THE KILLING FIELDS. After the completion of the C.I.A.’s Operation Delta Dawn (which was put together by high ranking members of both the White House and the military—namely George Bush and his younger flunky Oliver North), it was time for me to return to my mountain retreat. My mountain home was seemingly tucked away from all life’s problems, deep in the heart of the Ozarks’ hardwood mountains. Drugs had been brought into the United States with not only the knowledge, but the help of the United States Government. Several politicians—who were sworn to uphold the United States Constitution— would soon be lining their own pockets by way of their drug-dealing slaves. I was equally guilty for the quantities of poison that infested the cities and towns of America. I had planned to lay back for a couple of months and do whatever I wanted. Money does strange things to people. It made me feel as though I was unconquerable—that I could not be subdued, overthrown, or defeated. I was in my own little world. After all, my pay for Delta Dawn was a quarter-million dollars in cold cash. Understand that I did not actually handle any of the drugs, but rather used my brain instead of my hands. It was early December, which means, in Arkansas, that everything having to do with work seems to stop and the locals head for the woods to take advantage of the long hunting season. The climate of this region is often pleasant (compared to that of the northern midwestern states) and Arkansas’ game hunting laws and bag limits are very liberal, and this combination attracts many sportsmen from other parts of the U.S. I was home only two weeks when I received a phone call from Russell Hebert who was calling from his home near Houma, Louisiana. He asked me if I would like to go on a very special duck-hunting trip, as guests of some high-ranking state government officials in Stuttgart, Arkansas. ...