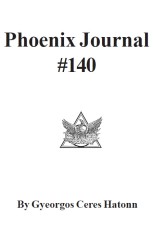 FOREWORD. REC #1 HATONN. THU., JUN. 15, 1995 7:14 A.M. YEAR 8, DAY 303. THU., JUN. 15, 1995. OLD VIRUS, NEW SYMPTOMS. It has been suggested that the very virus we have been fighting so hard lately has hit right at home. We can start with Dharma, my secretary. Within the past month or so there has been such a barrage of terrorism, house entries of strange kinds and other such oddities—but the last did it for me. She said how good to have an actual thief, even if the intrepid police let him get away AFTER having caught up with him with a half dozen citizens. The story itself is so wonderful that perhaps one day we can tell it all. Poor man, he had no idea I could cause him to leave a trail of clues, kill motors and be caught up with before the trail was finished. However, I feel, as Dharma, that compassion and appreciation also comes with this child in point. He was already in trouble; his wife had left for Florida with the children; his car wouldn’t make it up the hill, etc. He was frantic. He stole a car here, but in afterthought he had safely locked it in a nearby town, undamaged, where he “exchanged” it (I don’t blame him for desiring better than a 20-some-odd-year-old truck) for a brand new Ford at the agency. It was a trail of hits, run and errors. But not funny—for he threatened to kill when cornered—barefoot and bleeding. STILL HE MANAGED TO OUT”SMART?” THE OFFICERS. After a while you don’t know which to “root” for, the criminal or the organized criminals. At any rate that is not the story. NOR IS THIS CHILD RELATED TO THE REAL TERRORIST PROBLEM HERE—ALTHOUGH IT HAS STYMIED BOTH—FOR ONE SO CLOUDED THE FIRST AS TO BE THE LAUGHABLE PART. WELL, PERHAPS THE YOUNG MAN WILL HAVE SENSE ENOUGH TO GET TO FLORIDA—BUT OBVIOUSLY HE CAN’T WALK THE WHOLE WAY ON “THOSE” BARE FEET—AT THE LEAST WITHOUT NOTING HIS MISDEEDS EVERY STEP HE TAKES. This was a costly escapade for now we have missing quite a few things including at least one expensive computer, some “rainy-day” silver of which most was recovered along with some odds and ends, like the EMPTY box priorly storing computer transformer. The money taken last week is a different matter SO DO NOT BE FOOLED! Because it was in the same general area of last week’s theft—do NOT confuse the two. ...