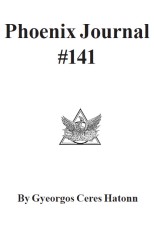 CHAPTER 1. THE NEWS DESK. by Phyllis Linn 5/16/95. The NEWS DESK is back after a one-week hiatus for moving purposes! Not “moving” as in “emotionally transfiguring”, but as in “the relocation of bejillions of boxes and STUFF from point A to point B”. Fortunately, you readers have NOT let up in your sending of news items. THANK YOU! MEDIA ONSLAUGHT CONTINUES AGAINST DEFENDERS OF OUR CONSTITUTION By far the largest stack of clippings on this week’s NEWS DESK are spin-offs from the Oklahoma City bombing. The media has been relentless in its castigation of any opposition to “the government”. KNOW THY ENEMY: note how they program the masses simply by pairing highly charged trigger words (such as “hate”, “lunatic fringe”, “extremist”, etc.) with the subject under current vilification (any person or organization who opposes their Elite, One World puppet masters). Observe how they twist information to suit their “patriot-put-down” agenda. Headlines are especially designed for major impact, jam-packed with solid propaganda—to insure you get a hefty dose, whether or not you read the article. “RAGE RADIO” Shortwave is long on extremist views—and the paranoia is being preached all around the world.” This humdinger is from the May 3 issue of the MIAMI HERALD. It was written by Fred Tasker, assisted by Sara Rimer of the New York Times and Herald Special Correspondent John McPhaul and is apparently designed to reduce the image of the patriotic American to that of an angry, hate-filled, paranoid, outof- control juvenile given to temper tantrums—at least that is certainly the final product, deftly created by the NewsSpeak image makers. It is accompanied by a huge, simplistic, cartoon representation of its target. Quoting: As the glare of publicity from the Oklahoma City bombing illuminates the shadowy fringe groups selling bigotry and paranoia around the country (media rule number one: pack your message into the first paragraph!), the public has become vaguely aware that one method such groups use to proselytize is shortwave radio. (Interesting, too, is the “projection” concept: they accuse others of the very things THEY are doing!) Fewer are aware that the rage-packed programming (see, no holds barred!) blankets the nation. ...