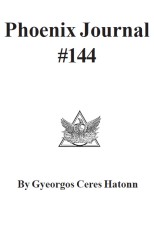 FOREWORD. REC #1 HATONN. MON., JUL. 24, 1995 7:42 A.M. YEAR 8, DAY 342. MON., JUL. 24, 1995. EVERY THOUGHT HAS A PHYSICAL RESPONSE. This is most recognized as “Cause and Effect” and, as “Effect” imprints its changes, you come up with an equally nebulous term of “Affect”. These two words give writers the heeby-jeebies, just as “could” and “should”. In a world where ONLY “EXPLICITNESS” can actually be the presentation if you are to have TRUTH, “IMPLICITNESS” reigns supreme. In other words, you are the VICTIMS of IMPLICIT TRUTHS vs. LIES and EXPLICIT LIES which are ultimately “Affected” as lies. People in places of great POWER are so “AFFECTED” (FALSE) that to know them rarely matches what they “present” and yet everything they offer when in great power EFFECTS you from their CAUSE of presentation and actions. CONFUSION IS THE MAIN AND MOST POWERFUL TOOL OF EVIL AND THE MASTER EVIL-DOER IS SATAN (as you prefer to call the Dark King). You also, as you begin to awaken to your own insight into the haves, have-nots and liars’ poker game, assume that ALL people “at the top” KNOW the game and assume the roles because they are informed. NO! They are simply pawns of the GAME organizers and creators. Ambition and goals of power and wealth set the course; the training and direction are what finally determine the individual’s placement or casting in the play. The most valuable “actor” on a stage is that one who is totally manipulated into anything and everything the DIRECTOR wishes. A pretty face may be the assumed “calling card” but it is NOT. Many ugly faces win academy awards—but never is an academy award won by anyone who defies the DIRECTOR and PRODUCER. MARGARET THATCHER I need an example of an ambitious and pushy person to herein make my point as is relative to such as Henry Kissinger, Her High-ness Lizzie and other such Albatrossi running about manipulating your game as well as their own. What do I REALLY think about Maggie Thatcher? I don’t! I said “example” and realize that intelligence comes from being able to decipher the lessons and include a great deal of hindsight. Of course if you become a powerfully important public figure as did, at one time, Maggie Thatcher of Great Britain, you dare not tell on yourself but rather preach morals and flaws in “others” to protect what integrity you might have had or cover what indiscretions exist. What happened to Thatcher to cause her to now write a most valuable and credible dissertation on the Moral Foundations of Society? She was overshadowing the QUEEN OF ENGLAND, Lizzie Mae, and cavorting with the WRONG side of the table. Kissinger courted the Queen as Maggie got out of “favor” and look what happened: Maggie got canned and Hank got knighted. All the while Liz was just doing her TRAINED dog and pony duty. ...