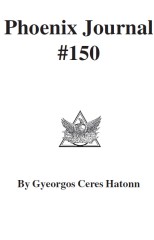 CHAPTER 1. THE NEWS DESK. by Phyllis Linn 7/25/95. VACCINATION PROGRAMS IN THE NEWS : HEARING SET FOR ANTI-VACCINATION MD. From an article by Graeme Hamilton in the July 6 issue of THE GAZETTE, MONTREAL, (quoting:) A renegade doctor who has waged a high-profile campaign against vaccination won her first skirmish with Quebec’s College of Physicians yesterday, but the main battle is set for next month. Dr. Guylaine Lanctot, whose 1994 book The Medical Mafia topped Quebec best-seller lists for weeks, is accused by the college of breaching the physicians’ code of ethics by spreading information that is “inaccurate, deceptive, out of place and contrary to current medical data”. (Sure they’re yelping—she’s EXPOSING THEM!) The complaint accuses Lanctot of making statements in television interviews that could have panicked people and discouraged the vaccination of children. (Perhaps she was telling the truth!) Lanctot’s statements, cited by the college, include claims that vaccines destroy the immune system, are responsible for the AIDS epidemic in New York and an increase in cancer, and could lead to children being born with mouse tails and rabbit fur. The college also quotes from Lanctot’s book, including claims that vaccination aids genocide by allowing people from a certain race to be targeted and that vaccination leads to violence and crime. If found guilty of the infractions, Lanctot could be barred from practicing medicine. ...