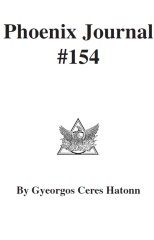 CHAPTER 1. ORDER OF THE ROSE-”BUD”. BILL CLINTON & GEORGE BUSH. “THE MOST DANGEROUS GAME”. Editor’s note: Beware the explicit nature of this latest revelatory installment concerning the MKULTRA Monarch Mind-Control Project. Note: Bracketed material was originally formatted as footnotes. ORDER OF THE ROSE-”BUD”. by Cathy O’Brien. It was late October in 1984 when my CIA mind-control handler, Alex Houston, and I returned to his farm in Goodlettsville, Tennessee after a two-week Norwegian Caribbean Lines (NCL) cruise. NCL was heavily involved in black o... The walls of the motorhome were lined with cocaine and heroin obtained through St. Thomas, U.S. Virgin Islands and Cancun, Mexico. Sometimes when there was a large quantity of illegal drugs in the motorhome, I delivered it as ordered to Diamond Caverns, Kentucky (campground resort) for further CIA distribution. Diamond Caverns campground was used... This load of drugs seemed to be no different, and I began packing for what I believed to be a three day “camping” trip. “Pack Elemer,” Houston ordered me, referring to his alter-ego dummy that is part of his NCL “entertainment” ventriloquism cover. While we were in Mexico, Houston had packed the heroin I had obtained through Vice President Salinas’ men into the dummy’s back. “No one ever looks inside Elemer,” Houston said, referring to Customs and Immigrations not familiar with NCL black ops. “No matter how well trained they are, their superstitions overtake them every time. All Elemer has to do is say, (Houston used his ventriloquism) ‘Hey, that tickles’, and they put him down quick.” With the motorhome packed, I drove Houston, my then four-year-old daughter Kelly, and the load of illegal drugs to Diamond Caverns, Kentucky. Houston went inside the office as usual to announce our/the drugs arrival and check us into the campground. Houston returned, excited. “They’re full,” he lied. “I know where we can go instead.” Houston and I had been redirected to the CIA near-death trauma center in Lampe, Missouri. “We’ve been invited to the October-Fest at Swiss Villa,” Houston told me. “Your friends from (the country music group and the state of) Alabama are going to be there and it sounds like a lot of fun.” ...