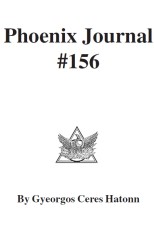 CHAPTER 1. THE NEWS DESK. by Phyllis Linn 10/6/95. MEDIA RESORTS TO. RELENTLESS O.J.-BASHING. According to Gary Wean, Commander Hatonn, and others, the Mishpucka has invested a lot of energy to ensure a guilty verdict in the O.J. Simpson set-up and trial. So the jury’s return of its verdict to acquit O.J. was shocking—I had come to expect yet another victory for the Elite destroyers who seem always to have THEIR way in world events. It was a thrilling reminder of the power of the jury, and a reminder, too, that we each have the power to turn everything around. This lesson is not lost on the adversarial crew, however, and their media vilification of O.J., the jury, and the jury system has been relentless. As always, it is based, not on fact, but on assumption, innuendo, and name-calling. In the newspapers, it is reflected in the editorial cartoons, (selected see below) letters to the editor, headlines, columnist commentary, even the business section. TV reporters and anchorpersons portray the assumptive state of “we all KNOW he’s guilty”, feature anguished interviews with the Browns and the Goldmans, and then accuse the JURY of making an emotional decision! And the sparks of racial strife were fanned mercilessly in an attempt to divide and conquer. That most white Americans bought the package that O.J. “got away with murder” shows how easily led are our citizens. Here are a few examples from this week’s DAILY NEWS, (quoting:) “The evidence was overwhelming against him, but I always figured he’d get off,” Michael Jefferson said. “If you’ve got money in America, you can get away with a lot.” “It’s totally ludicrous,” said Tommy Valentine, 24, of Hollywood. “They say you can get away with murder in the United States. I guess they’re right.” “DNA doesn’t lie—why couldn’t the jury figure that out?” said Jodi Sessions of West Hills, in tears after the verdict. (DNA may not lie, but it sure can be cloned and planted at the scene! Reminds me of the saying “Figures don’t lie, but liars figure!”). ...