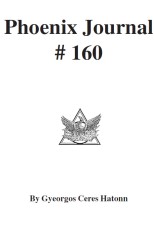 FOREWORD. REC #1 HATONN. MON., JAN. 1, 1996 10:58 A.M. YEAR 9, DAY 138. MON., JAN. 1, 1996. HAPPY NEW YEAR!?? Ah, yes indeed, the day has dawned, the hangovers throbbing and the Rose Parade was an outdone event with a frog for a Grand Marshall. The two winningest floats were of Halloween Grinches celebrating the change of the Occult Weirdo Satanic Witchcraft year with ugly black gargoyles and other black things and the other a 50-foot (or so) folding “transformer” ROBOT. I hope all of you noted the immediate CHANGE in the viewers as these things came rolling by! Kermit the Frog was really quite acceptable for it came from honoring the late Jim Henson who did in fact produce a wondrous world of dreams for children, the theme of the Parade. EARTH QUAKES For you readers who do not take tapes it should be recorded that there was an earthquake as we had assembled to have a meeting yesterday. You should further know that it did not exceed 4.0 in magnitude and all the after-shocks were smaller. The portion of the Garlock Fault that runs through the edge of our shield was immediately stabilized and I don’t believe there was even a broken vase. I have not inspected everything but you should now know that this was a stabilizing shock and you have to realize the intent of such a burst of energy which was INTENDED to take out the full San Andreas. The Garlock fault is the triggering fault of preference for the San Andreas. I simply warn all of you to be alert to the intent to have damage done unto you. It was really stupid to pull the plug where they attempted to do so. We have a shield WHICH HELD VERY WELL and that should put you nice people, in my pocket, at ease. It is not necessarily the magnitude of the initial bump but rather the duration of vibration or motion which determines the damages following an initial shock. I am, however, continually amazed at you ones who have access to our meetings and don’t bother to be either on time or come at all. You all then want to be “caught up” and I fail to have a lot of patience in the “catching up”. For instance, how am I to visit with Gene D. when he is asked not to attend because he has been exposed to illness? ALL OF YOU HAVE BEEN EXPOSED TO ILLNESS—AND HE HAS DONE SOMETHING ABOUT HIS EXPOSURE! I cannot ask Dharma to write every day and, in addition, have meetings on the whim and simply at the convenience of ones who don’t bother to make it to our meetings. I find some of the more diligent attendees come from a very long distance from this place. I note, however, that more and more of young people don’t bother to come—but do not catch up later, either. How can you be informed for contact with public callers in your business arenas if you don’t go where the information is offered? Some even want to run businesses, which encompass my products and thus need my instructions. Do you not feel it your responsibility to know what you are doing? If I seem cross it is because I am cross. ...