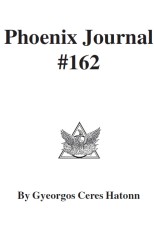 CHAPTER 1. DEPOPULATION OF A PLANET, PART I: HISTORICAL PERSPECTIVE by Rick Martin 11/19/95. THINNING OUT THE “USELESS EATERS” AN UNSPOKEN NWO AGENDA. Many writers have spoken of intentional plans by certain Elite to thin-out the world’s population; it’s a recurring theme among so-called conspiracy theorists. There are frequent references to “useless eaters”, which includes the bulk of mankind. Most, when hearing of plots to depopulate the planet, simply say under their breath, “Yeah, right,” or more often, while shaking their head, “You’re nuts.” But when there is a careful examination of writings by prominent authors of this century, pieces of the puzzle certainly do fall into place—pieces which support the contention that there are certain individuals, if not entire governments, who have implemented a program of global genocide in an effort to salvage and corner “resources”. What you will be reading in this series on Depopulation Of A Planet are selected writings from a wide cross-section of viewpoints and political leanings. I will be using “their” own documents, their own words, to weave a fabric which, in the end, will be a tapestry of undeniable clarity for those with eyes to see. Without the historical foundation upon which to base understanding, writing about current efforts at depopulation, through the use of viruses and microorganisms, would have far less significance. So please stay with it as you read and it will come together. I realize that some of this initial material may seem dry, but it is important for a broader understanding of this critical and timely issue. THOMAS MALTHUS Thomas Robert Malthus was a parson of the English State Church and an economist who lived from 1766-1834. He is best known for his writing An Essay On The Principle Of Population, published in 1798. His main idea is that populations increase more rapidly than food supplies. So, he claimed, there would always be more people in the world than can be fed, and wars and disease will be necessary to kill off the extra population. Malthus did not claim to be the originator of this idea, although it has come to be known as the “Malthusian Theory”. Malthus based his argument on the works of Condorcet, David Hume, Adam Smith, Defoe, Sir James Steuart, Townsend, Franklin, and others. Malthus’ Essay suggested to Charles Darwin the relationship between progress and the survival of the fittest. This was the basic idea in Darwin’s theory of evolution. ...