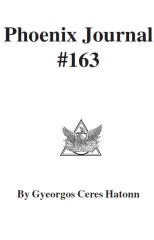 CHAPTER 1. THE NEWS DESK by Phyllis Linn 11/10/95. KISSINGER AND GINGRICH IN COURTSHIP RITUAL. Here’s a tidbit from the October 30 issue of THE NEW FEDERALIST, quoting: According to the Reliable Source gossip column in the October 23 Washington Post, Henry Kissinger has been cosying up to Newt Gingrich, “using a technique that one foreign policy wiz describes as the ‘three stages of courtship: lunch with Kissinger, dinner with Kissinger in New York, and then a weekend at his country place in Connecticut.’” Gingrich, obviously a fast mover, skipped lunch, and went directly to Steps 2 and 3, according to Tony Blankey, Gingrich’s press secretary. Gingrich’s visit to Kissinger’s spread in Litchfield County, Conn. took place early in October. ...