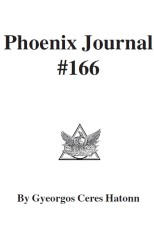 FOREWORD. REC #1 HATONN. MON., FEB. 19, 1996 8:14 A.M. YEAR 9, DAY 187. MON., FEB. 19, 1996. HOW CAN YOU KNOW WHAT TO BELIEVE?. In this day of conflicting stories about any one given subject, how can you expect to know the truth of each, either or neither? Go to the possibilities and then look carefully at history, background, the immediate writer or story teller, prior actions and in what relationship, etc. Let us example here for just a minute because, as with most of the journals, there is a mish-mash of information seemingly unrelated. No, it is ALL RELATED! First we can look at our last writing of the 18th where we speak of gold and precious metals and the confiscation of same by the government—can it happen? IT HAPPENED! Once there is precedent, readers, there is PROBABILITY that it will happen again. It is under way: Senate Bill 307 is now ready for a House vote. Further, once a thing has reached the point of having Congressional “Bills” and resolutions introduced, it is seriously being considered. Further, when there is very little public attention to the Bill, it is even more likely that SOMETHING is taking place behind your backs. Now, in addition, when the push gets “on” from the gold DEALERS, beware, for in this instance they act as if everything is fine, warn you to go for the gold stashing and get as much as you can, so something else is then to be considered: possibilities. It is sad for me to see one I greatly respect, Ron Paul, NOT even mentioning this Bill to take gold from the public. This time it includes certain silver as well. The assumption is, of course, that you would be refunded (returned) Fed notes for the confiscated metals and/or certificates of some kind. You now KNOW that those certificates are not ever honored “LATER” AS CAN BE ATTESTED BY THE OLD CERTIFICATES NOW WITHOUT REDEMPTION VALUE AT ALL. What should you do and with whom should you move? I can’t answer that question, for you have so many things to look at which are never told to you in the mainstream information media. First: You have gold shipments being stopped, raided, or sunk coming in from the Philippines and being shifted all about the globe—trying to get into the U.S. to back some of your currency or pay debts which could save your economy. Second: There has to be way of CONTROLLING the very commodity upon which economies are based. This includes commodities that have “futures” on a trading board like agricultural products. ...