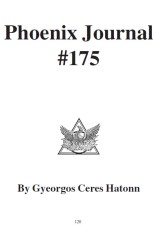 CHAPTER 1. THE NEWS DESK by Phyllis Linn 6/1/96. BUREAUCRATIC PARENT ABUSE. Here’s an example of how government “protects” our children. Paul Craig Roberts makes this report in the May 19 issue of the WASHINGTON TIMES WEEKLY, (quoting:) In March, without parental notification, 50 sixth-grade girls, who attend J.T. Lambert Intermediate School in East Stroudsburg, Pa., were forced by public authorities to undergo a genital exam. When the youngsters found they were required to lie naked, spread-eagled on a table, they burst into tears and tried to run from the room, but were physically restrained. Outraged parents have been unable to get any explanation, and reporters have been frustrated by both school and state health officials, who will not return telephone calls. What happened at J.T. Lambert is the opening gun of the final assault on the family. It will soon be happening to your child in your school district. As in East Stroudsburg, the authorities will be looking for signs of parental sexual abuse of their children. “Child advocates” maintain parents are the primary perpetrators of child sex abuse. After years of agitation, “child advocates” succeeded in getting themselves federally funded in 1974 when Congress passed CAPTA, the Child Abuse Prevention & Treatment Act. Powers and funding were expanded in 1985 with the Children’s Justice Act. In the years since, a bureaucracy has been created with the Orwellian name of Child Protective Services endowed with Gestapo-like power. Moreover, during the two decades, a significant percentage of school administrators, teachers, prosecutors, police detectives and social workers has been conditioned through participation in work shops, seminars and conferences to the idea that parents are child abusers. In other words, parents have become suspects. Indeed, they are such suspects that policies are in effect that require school teachers, ministers, doctors, hospitals, and child-care providers to report to authorities all signs of possible child abuse, sexual or otherwise. As schools are already required to report signs, it is a short step to genital and rectal exams to look for signs. The formidable Social Services and Child Protective Services bureaucracies receive taxpayer funds for every child they seize from parents and place in “an out-of-home facility”. In 1994, the National Center of Child Abuse and Neglect reports that 126,117 children were seized from parents in 35 states. “Child advocates” are pushing ever more frightening laws, such as the “Children’s Welfare Act” in Colorado, which would require parents to participate in a “Home Visitor Program” in order for social workers to assess their potential for “child maltreatment”. Children should be protected from abuse, but not in ways that traumatize and humiliate them and destroy parental control. The draconian police state measures being put in place stem from propaganda that sexual abuse of children by parents is routine, whereas in fact it is extremely rare. ...