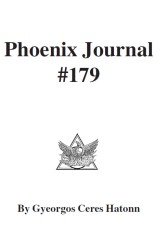 FOREWORD. REC #1 HATONN. WED., SEP. 11, 1996 9:29 A.M. YEAR 10, DAY 026. WED., SEP. 11, 1996. Let us call this journal, for identification, FAT IN THE FIRE. Why? Well, I smell fat burning and I think it is coming from the Fat Cats of the New World Order finding disorder and, as usual, they are making every effort to bury evidence by murdering everyone and hiding everything they can get their hands on to save their sorry assets. “They” are, for identification right up front, “The Evil Empire Court Thugs”. “Court” refers to the RULERS, including but not exclusive of the “judicial systems” of the world. CUTE FEDS’ BANKING I won’t belabor this item but I get inquiries about how in the world the Bonus Certificate No. 3392 got validated as to VALUE established. The interest rates and structuring came directly from the top levels of government and Federal Reserve. Alan Greenspan, George Bush, James Baker III, Lloyd Bentsen, et al., and was calculated and structured CLANDESTINELY in the Federal Reserve Bank Branch in Los Angeles. This was qualified also in San Francisco. THIS IS WHY THERE IS NOW SO MUCH PUBLIC SQUABBLING ABOUT THE “IRREGULARITIES” IN THE BOOKS OF BOTH OF THOSE FEDERAL RESERVE BANKS WITH PUBLICITY OF “SAME” IN THE PRESS AND MEDIA. THIS IS ALSO WHY RICK MARTIN GOT SUCH A NASTY NOTE FROM THE SAN FRANCISCO FEDERAL RESERVE AND A WARNING THAT, IF HE SENT FURTHER CORRESPONDENCE OR REFERENCE TO THAT CERTIFICATE, IT WOULD NOT EVEN BE ACKNOWLEDGED. EVERY LITTLE BIT OF CONFIRMATION HELPS, READERS. POOR SADDAM. Why another assault on Poor ole Sad-dam? Because, in the days of gaining control, Mr. Saddam was part and parcel of the working coalition with Bush, et al. Remember that money was funnelled to Saddam’s regime THROUGH THE U.S. DEPARTMENT OF AGRICULTURE BY THE POWERS IN THE WHITE HOUSE. If you research past information you will find that either there is a “joint” account for Bush/Hussein, or on the same date a payoff to both Bush AND Saddam were made through BCCI into their personal accounts—IN BCCI of some $250 million EACH. Now, all this wouldn’t be of such intrigue except that you will eventually find that the Bonus Contract of our recent writings was used to secure a lot of that funding, and billions of $$ in drug assets were laundered in that manner. ...