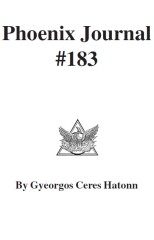 CHAPTER 1. THERE’S A FISH IN THE COURT-HOUSE by Gareth “Gary” L. Wean, A Book Review. Each and every one of you have Dossiers...Secret Files that con be used against you by your enemies. It’s like the “Great White Shark”; if he wants you, he is going to get you. Eighty million Dossiers the Federal Bureau of Investigation has made—that’s a Dossier for one out of every three persons in America. Oregon’s U.S. Congressman Wes Cooley is under direct, merciless attack by his enemies’ use of his Dossier. Lies, innuendo, intimate details of a person’s life, infidelities, drinking and drug habits, plain vicious gossip, anything bad you’ve been overheard saying about a judge— whether any of it’s true or not—it’s all there. The news media claims they are getting their information on Cooley from their own day-to-day investigations— this is false. Cooley’s Dossier was secretly released by the FBI to his enemies way back when he first voted in Congress for measures his enemies didn’t want. This conspiratorial plot by these vicious people was generated and in place long before the media was ever tuned in. How could just a few FBI Agents possibly come up with eighty million Dossiers? Here is how it works...it breaks down to counties, each and every county in the fifty states of the U.S. FBI Agents assigned to each county have informants in every courthouse, a court clerk, election clerk, court deputy, file clerk, District Attorney, Public Defender, Judge, etc., etc. They have an informant among law offices, political staffs, process servers, bail bondsmen, escrow officers, bankers, jail-house inmates, drug dealers, etc., etc. These informants feed the FBI Agents every bit of so-called inside information on local people, gossip, confidential police reports, client-lawyer relationships, political movements, etc., etc. FBI Agents funnel all of this information and gossip to FBI Headquarters in Washington, D.C., where it becomes part of the individual’s Dossier. Dossiers are revealed in this book, THERE’S A FISH IN THE COURTHOUSE. ...