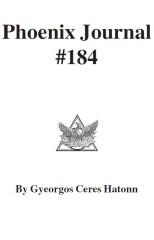 CHAPTER 1. EXPOSING “OPERATION DEEP SHAFT”—PART III. THE WACO DISASTER, the Oklahoma City bombing Disaster, the 19 American dead at the Air Force Barracks bombing in Saudi Arabia, and now the bombing/missile destruction of TWA FLIGHT 800. Find Out Who Was Behind It All! (Editor’s note: Reprinted with permission from the American’s Bulletin; see this page for subscription information.) Editor’s note: Part I of this series appeared in the 9/17/96 issue of CONTACT; Part II appeared in the 9/24/96 issue; we continue here with Part III. Dr. Frederick Whitehurst, a supervisory special agent and bombing specialist in the FBI’s forensics laboratory in Washington, DC, has been setting off alarm bells for the last several months with charges that some of his colleagues at the celebrated crime lab have been falsifying evidence for years. Dr. Whitehurst has mentioned to the press that key evidence in some of the nation’s highest-profile crime cases (247 to be exact) were covered up. How many of these cases were covered up by Oliver “Buck” Revelle? How many more bombings, murders, assassinations, kidnappings, and international bank scams are going to be covered up by Oliver “Buck” Revelle before America wakes up? Pieces of the wreckage of TWA Flight 800 have been being pulled off the bottom of the Atlantic Ocean after the plane was exploded and, currently, the corrupted FBI Lab in Washington D.C. is handling all of the forensics investigations. On March 29th, nationwide news sources reported the Whitehurst statement mentioning that the FBI is illegally withholding evidence that might undercut the prosecution’s case against Timothy McVeigh and the bombing of the Oklahoma Murrah Federal Building. According to a report in the Rocky Mountain News, Whitehurst wrote a letter on the matter last November to a Justice Department official, claiming: “I will consider it an obstruction of justice and I will testify in a court of law that critical information is and has been continually suppressed and destroyed by the Department of Justice and the FBI/CIA.” ...