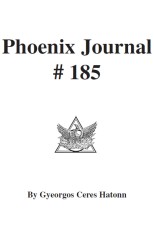 CHAPTER 1. ISRAEL OWNS THE U.S.A.. Editor’s note: The following is a stand-alone one-page photo-ready document recently received at the CONTACT offices. All internal comments are theirs. “...With The White House, The Senate, And ... The American Media In Our (Israel’s) Hands...” Mr. Ari Shavit, an Israeli news reporter, wrote an article which recently appeared in the Israel paper Haaretz, and was reprinted in the May 27th issue of New York Times. While reflecting on the wanton Israeli slaughter of more than 100 defenseless Lebanese civilians in April, Mr. Shavit wrote: “We killed (murdered) them with a certain naive hubris. Believing with absolute certitude that now, with the White House, the Senate, and much of the American Media in our (Israel’s) hands, the lives of others do not count as much as our own...” (emphasis added) Mr. Shavit states as obvious fact, what an American can say publicly only at great risk of being demonized as a white-supremacist, racist, neo-Nazi, anti-Semitic or a member of a hate-group. So it’s not only surprising, it’s refreshing for a change, to see such factual honesty printed in one of America’s largest newspapers. We Americans are told over and over that Israel is our most “reliable ally.” This claim is made in spite of Israel’s long record of double-dealing against this country—ranging from the killing of American sailors (“thoughtfully’’ not mentioned by the (Israelis’) mainstream news) to on-going espionage and technology theft. The word “ally” implies that a relationship exists because it’s in the interests of this country. But Israel’s gigantic lobby in Washington D.C., whom its agents wine and dine “our” congressional lawmakers to get legislation enacted favorable to Israel clearly indicates, its goals for U. S. laws are not those of us Americans. After all, one would expect that from an Israeli lobby in Israel. But is it not strange, that Israelis are allowed to have a lobby in our county? We don’t have one in theirs! It’s unnerving that the White House, the Senate, and much of the American media are “in our (Israel’s) hands,” as Mr. Shavit puts it. Bill Clinton, a lover of peace since his college days, so he says, raised no protest when the Israelis terrorized and drove 400,000 innocent Lebanese out of their homes in “retaliation” for a rocket claimed to have been launched into Israel and wounding one Israeli. If it actually occurred, it was by a very small faction over whom those 400,000 innocents, had no control whatsoever. But Congress was not disturbed in the least by the Israeli’s misdirected and unconscionable retaliation. For congressional members too are: “in our (Israel’s) hands.” (Apparently quite a few of the Multi-Billions of American tax-dollars given to Israel each year—must wind up in pockets of congressional members for their repetitious re-election and their “Israeli correct” voting.) ...