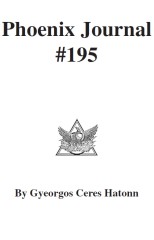 CHAPTER 1. THE NEWS DESK by Dr. Al Overholt 1/14/97. LAND-GRABBING SECRETS OF THE NATURE CONSERVANCY. From the Insider’s Report, December 1996 issue, by Tom DeWeese, (quoting:) Never heard of The Nature Conservancy? Well, that’s probably no accident. It keeps a low profile by design. When you run scams like it does, you don’t want to be notorious. So let’s lift the rock off these slugs and shine a very bright spotlight on a few of their most outrageous games. The Nature Conservancy is the richest, most powerful environmental colossus in the world. It claims 680,000 individual members and 405 corporate members operating out of eight regional offices and fifty chapter offices across the nation. The nature conservancy has assets of almost $1 Billion and has an annual operating budget of over $300 million and a staff of 1150 people. THE SCAM—real estate. THE HOOK—”conservation through private action.” According to the party line, The Nature Conservancy simply buys land with private money and sets up nature reserves, thereby helping the environment without infringing on anybody. What a wonderful, charitable idea. Ah, if only it were true. THE VICTIMS—unsuspecting property owners (many times elderly). THE METHODS—hide behind phony corporations; serve as a shill for government agencies; work behind the scenes with more visible environmental groups to intimidate property owners into selling. THE GOAL—money and power. The Nature Conservancy frequently uses phony front companies to get land from owners who wouldn’t knowingly sell to an environmentalist group. It used this tactic to purchase most of the islands off the coast of Virginia, containing 40,000 acres and sixty miles of coastline. In doing so The Nature Conservancy was able to stop all private development and control the use of the land, damaging the tax base, killing thousands of jobs, and severely curbing the locals from hunting, fishing, camping and joy riding on the islands. But don’t think the purpose was to preserve these beautiful, pristine islands for nature. The Nature Conservancy did bar others from developing the land—but not itself. Far from it. At a huge profit, the Conservancy developed up-scale homes for the rich. ...