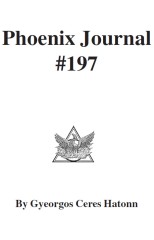 CHAPTER 1. WORLDLINE by Calvin Burgin 1/12/97. THE HAMMERS OF THE GODS “COMETS ON COLLISION COURSE WITH EARTH!” Calvin Burgin, 404 Gate Tree Lane, Austin, TX 78745-3137 What would you do, if the government made that announcement? Can you even conceive the mass chaos and fear that would ensue? Lucifer’s Hammer is a book about what might happen if a comet struck the Earth. The fictional comet was called the “H-B” or Hamner-Brown Comet, named after the discoverers. The book was written in 1977 and was dedicated to Neil Armstrong, Buz Aldrin, Michael Collins, and to the men who died in the Moon exploration program, Roger Chaffee, Gus Grissom, Ed White, Georgi Dobrovolsky, Viktor Patsayev, Nikolai Volkov, and “all the others”. Back in the 1970s, I was coordinator for a special interest group, called a SIG, known as the Doomsday SIG. We had a newsletter called the Doomsday Club News and Intelligence Report. We discussed what such a scenario might portend. Would the government warn us? What is the likelihood of such an encounter? Has it ever happened before? Now, some people are very curious about or disturbed by a giant “H-B” comet that has appeared, called, not Hamner-Brown, but Hale-Bopp. There are rumors and speculation that it is on a collision course with Earth, or that it may come close enough to influence Earth’s orbit, or it may make Earth tilt or do a magnetic shift. This material has been written about elsewhere and I will not repeat it here. Some wonder if Hale-Bopp might be the “Wormwood” of Rev. 8:11, or might be the Nibiru (also called Marduk) written about by Zecharia Sitchin in his 12th Planet and Earth Chronicles books (also especially Genesis Revisited). Sitchin got his information by reading clay tablets discovered in and recovered from Iraq, anciently known as Mesopotamia or Babylon or Sumer. Others say this is all superstitious nonsense, and that it has been millions of years since a really big comet hit Earth. ...