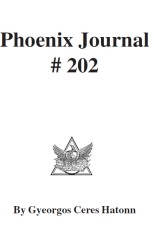 CHAPTER 1. logo paste. PRESERVATION OF THE INTEGRITY OF THE WHITE HOUSE by Grandma 3/11/97. Fellow Americans, the alleged preservation of the integrity of the White House is pure bunkum. However, the Federal Regulations on confiscation of real property (homes, lands, autos, etc.) under these so-called federal common laws as published for 30 days before becoming law are in all probability the only reason the Attorney General (Janet Reno) is trying to figure out: How in the Hell do I confiscate the White House?! Now, I need to answer Representative Rogers and others as to what is the cite of law on the crimes committed by this administration and employees residing therein! Frankly, when Ms. Reno refused to answer the Budget Committee upon being asked “Is taking or soliciting money on federal property a crime, and if so, will you please tell which crime or which law covers this crime?”, I was as shocked as the committee members who asked the honorable question, by Ms. Reno’s marked disrespect, and outright contempt for the Committee. Ms. Reno refused to answer the question as to what laws had been broken, alleging that an “investigation was ongoing, and even to mention a law would hinder the investigation?” Ms. Reno would have absolutely no difficulty in seeking out and identifying the laws if she would just walk over to her wall library, and pick up 18 U.S.C. (Title 18), and throw the entire book at the White House crew! Now, as to preserving the integrity of the White House. For Heaven’s sake, the White House is not of capacity to do anything. It is not a real person. It is made of wood, brick, mortar, stone and has a bunch of antique furnishings (including a few secret panels here and there). It cannot commit a crime. However, those crooks, criminals, communists and treasonists occupying the White House, did commit crimes in violation of the Smith Act, thereby knowingly, willingly, willfully and wantonly attempting to overthrow the Government (people) of the United States. The attempt to overthrow the Government of the United States (the people) is evidenced by: (1) Selling off American soil to foreign nations, violating the Monroe Doctrine, the North American Alliance, the Alliance of Pan American Nations, the Constitution of the United States, subsequent treaties with the sovereign territorial civil government so said territorial states of the Union of Republics, by: (A) Selling off Holloman Air Force Base to a foreign nation, i.e., Germany. ...