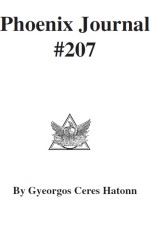 CHAPTER 1. MASSIVE SANCTIONED RIP-OFF? IIC-IDB-MIF JIGSAW PUZZLE GROWS OCTOPUS LEGS. PART II: TAKING A CLOSER LOOK Inter-American Investment Corporation (IIC) Inter-American Development Bank (IDB) The Multilateral Investment Fund (MIF) by Rick Martin 6/2/97. In Part I of this investigation, on the Front Page of the May 27, 1997 issue of CONTACT, I presented a seemingly convoluted array of documentation which is THE blueprint for many of the nefarious activities utilized by covert operatives throughout the world. “Hiding in plain sight” seems to be THE method. After all, WHO is paying attention to the kinds of sophisticated gamesmanship that is unfolding with each passing day? Now, with the assistance of additional key information in this ever larger jigsaw puzzle, let’s take a much closer look at the Inter-American Investment Corporation, its purpose, and how, through the interaction with the Inter-American Development Bank, it accomplishes it’s appointed tasks. In reviewing all of the documentation thus far, it seems obvious that the Inter-American Investment Corporation is not a corporation at all, but rather A CONTRACT BETWEEN COUNTRIES UNDER THE AUSPICES OF TREATY LAW. The terms of the contract are in the “form” of Articles of Incorporation. Member countries who have contributed (with U.S. dollars) agree to the terms of the “contract”, i.e., the Articles of Incorporation. This deduction was confirmed by a spokesman for the Inter-American Investment Corporation, who told me that the corporation was formed “by treaty”. (QUOTING:) PROPOSED U.S. PARTICIPATION IN THE INTER-AMERICAN INVESTMENT CORPORATION HEARING BEFORE THE SUBCOMMITTEE ON INTERNATIONAL DEVELOPMENT INSTITUTIONS AND FINANCE OF THE COMMITTEE ON BANKING, FINANCE AND URBAN AFFAIRS HOUSE OF REPRESENTATIVES NINETY-EIGHTH CONGRESS SECOND SESSION AUGUST 1, 1984 SERIAL No. 98-112 Chairman Jerry M. Patterson: Good morning and welcome, ladies and gentlemen, to a hearing where we will be taking testimony on the administration’s request for authority for the United States to join and contribute an initial $50 million to a new multilateral organization to be called the Inter- American Investment Corporation (IIC). ...