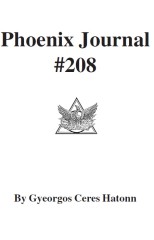 CHAPTER 1. TERRORIST SCAM: THE GREAT GOLD HEIST by Eustace Mullins 6/25/97. Studies of the criminal mind prove that a constant determinant in criminal operations is the desire for notoriety, the urge to make “the biggest score in the history of crime”. An accompanying desire is the resolve to set a record which no one else will ever be able to equal, a matter of distinction which will endure in the record books. The extortion plot against the government of Switzerland seems certain to make its mark as the most ambitious scam in the history of crime. International in its scope, it was masterminded by the world’s most resourceful confidence artists, and backed by limitless amounts of cash and propaganda vehicles to carry out a program unequalled not only for its audacity but also for the brilliance of its planning. The caper was conceived by billionaire Edgar Bronfman, while watching a rerun of Charlie Chaplin’s film, The Gold Rush. He turned to an aide at the end of the film, and said, “This is it. We’re going to go for the gold.” The gold which he intended to seize was Swiss gold, which reputedly had once been Nazi gold, and prior to World War II supposedly had been “Jewish” gold, that is gold held by Jewish people. A hasty calculation convinced the plotters that, at today’s prices, this “Jewish” gold today could be valued at $71 billion, a figure arrived at by “computing” the alleged value of Jewish bank accounts in Switzerland at the outset of World War II. However, Bronfman’s aides soon returned with the discouraging report that the record of the claimed amounts was a much more modest amount, $4 million. Even more dismaying was the revelation that the Truman Administration had promptly appointed a deputy negotiator to conclude a treaty with Switzerland in 1946 by which the government of Switzerland agreed to pay the sum of $4 million ($55 millions in today’s currency) as a final quitclaim full settlement of all claims against Switzerland for alleged “Nazi” gold. The U.S. negotiator was not someone who could be called insensitive to the Jewish aspects of this dispute. He was Seymour J. Rubin, Jewish, who is now an 83-year-old retired international trade specialist living quietly in Washington. ...