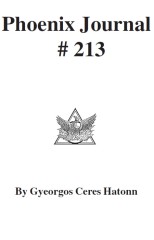 CHAPTER 1 CONFIRMATION OF GLOBAL PLAN 2000 AND COMING EARTH CHANGES? by Ray Bilger 9/17/97 Readers of CONTACT who have followed the evolution of Art Bell and his late-night radio talk show over the past year or two may have noticed that Art is becoming more and more receptive to, and outspoken about, things which are not discussed in the mainstream media—things which seem to defy any sort of easy explanation. At the same time, and noticeably more recently, Art has dared to take on topics which only a few years ago might have caused him to be taken off the air. In fact, Art believes his program was actually overtly taken off the air for about two minutes (in some places, for much longer) on the night of Thursday, Sept. 11, 1997, perhaps because he stepped over the line into the area of topics definitely not to be discussed in any public forum. G.E.-Americom told Art the satellite via which he transmits lost Earth-lock. In other words, it suddenly forgot where Earth was, but only for 50 channels out of 200? Hmmm? By Monday night, Sept. 15, 1997, Art, and the network people he works with, all believed that he was intentionally taken off the air on Sept. 11th, to prevent extremely sensitive information from going out to the general public. But it was too late when the network went down, because the important information had already been put out there. So, what the heck was it that caused all this great stir? On the night of the 11th, Art decided to designate one of his phone lines to callers who are current or former employees or workers at Area 51. You know, that place in the Nevada desert that our government says doesn’t exist. Art has always had a certain fascination with Area 51. He lives in a little town called Pahrump, Nevada, not far from Area 51. And there must be some employees living in this little town, because each morning at 4:30 a.m. a bus loads up there, and on the side of the bus it says Area 51! Anyway, Art took a number of calls from persons who had allegedly worked at Area 51. Some seemed believable, but they demonstrated how compartmentalized the work is, because they knew what they were supposed to know and nothing more. Some were obviously disinformation agents, feeding us confusing information designed to make us wonder just what the real truth is. But then there was one call (at 12:47 a.m., technically on 9/12/97) that changed everything, including Art. Art now says he will be pondering this one for a long, long time to come. To get the real feel of the event, here is the actual transcript of the call: Art: On my Area-51 line, you’re on the air; hello. Male caller: Hello, Art? ...