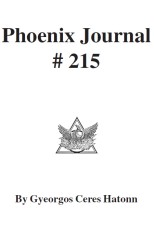 CHAPTER 1. skelton. RED SKELTON REMEMBERING THE LIGHTED GENIUS. How many of you knew that Red Skelton died recently? I didn’t. Nor did many I asked about this sad loss. Yes, a heartfelt response of “that’s a truly sad loss for our world” was the typical reaction from ALL I talked with who were old enough to know who Red Skelton was. He died on Wednesday, September 17 at a hospital in Rancho Mirage (Palm Springs), California, after a lingering illness. He was 84. I’m sorry to have to put it this way, BUT—if it had been Jerry Seinfeld, there would probably have been Front Page news stories and major broadcast media tributes. If it had been Milton Berle, there would, in addition to extensive media eulogies, also likely have been a Government Mandate for a National Day of Mourning! Why is this? Marlon Brando and Dolly Parton both got into “big trouble” in recent years for answering that question candidly. Henry Ford never did fully recover from the trouble he endured from making the same observation many years ago. CONTACT has written on the matter many times in the past, and from many different angles. We probably stirred-up the largest hornet’s nest when we reprinted a superbly researched 1993 article from National Vanguard Books called “Who Rules America? You Already Know That The News And Entertainment Media Are Biased; Now You Will Find Out WHY They’re Biased.” Among other well-documented revelations, that article painted a rather obvious picture about who actually controls the media. We’re not talking here, for instance, about the Talking Heads of the network evening news programs, but about the behind-the-scenes ones who tell the Talking Heads what to say. We’ve shared that superb National Vanguard Books article with you three times, so we’re not going to do so again here. The first time it ran was in our 9/28/93 issue and the response was so overwhelming that we repeated it only a few months later, in our 11/30/93 issue. At that time I said regular readers of this newspaper and the Phoenix Journals would hardly be surprised by what was revealed, but rather, that the article stands as a document of confirmation. And then I brought the perspective up to the Larger Picture by saying: “Once again the term MIND CONTROL comes squarely to the foreground as the central theme of the Khazarian Zionist New World Order Elite’s brainwashing plan for control of we-the-people.” ...