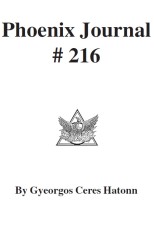 CHAPTER 1. THE FINAL TIME HAS COME PART V OF A SERIES. by Gary Wean 10/22/97. Editor’s note: For those of you who may be new to our readership, meet Gary L. Wean: he entered the Los Angeles Police Department Academy in 1946, after making a number of distinguishing contributions in World War II. Along the road of a brilliant police career, he eventually became Chief Investigator for the Ventura County Public Defender Office. Gary had contributed many articles to CONTACT, but none created a bigger stir than our Front Page for our 9/6/94 issue, when he wrote the definitive story called, “O.J. Simpson Frame-Up: Jewish Mafia Conspiracy For Race Riots & Revolution” which we have, by popular demand, been pressured to reprint on several later occasions. The following is Part V of a new Series from Gary which began in the 10/28/97 issue of CONTACT. In Ventura County the Mongol Jews have completely taken over the judicial system and replaced it with their Mishna (Jew law). The head Jew of the California State Appellate Court (three counties, Ventura, Santa Barbara and San Luis Obispo) is Hymie Blitzberg, aka Steven Stone. You cannot identify a Mongol Jew by his name only— they have switched to English, Irish and Scottish names. District Attorney Michael Bradbury and County Counsel James McBride are Mongol Jews closely associated with the top cocaine smuggler, Federal Judge Harry Pregerson. They have covered up for Pregerson’s main Ventura County Cocaine distributors, Martin V. (Bud) Smith, Federal Commissioner Ben Nordman (Bank of A. Levy), his law partner Superior Court Judge Jerome Berenson, and lawyer-banker Stanley Cohen. These people actually own the County Courthouse through their Ventura County Public Facilities Corporation. For handling the corrupt, illegal operations from the very beginning, McBride’s payoff was a huge block of the Ventura County Public Facility Corp. bonds along with the block that the Mongol Jew judges got. These gangsters have stolen over 2 billion dollars from Ventura County property taxpayers over the last 25 years, and the people can get it back, every bit of it. Lawyer George Benz, an elite Mongol Jew spy, writes secret reports on the other county lawyers and their clients and turns them over to the FBI and ADL. Judge Hymie Blitzberg (aka Steven Stone) from eastern Russia is a high-level cocaine dealer under Federal Appeal Court Judge Harry Pregerson. Hymie is one of his own best customers. Snorting huge amounts of his own products up his nose, Blitzberg and his judicial associates have ‘joyful coke’ parties right in their chambers. This is when they make their most momentous judicial rulings. As District Attorney Michael Bradbury was sending one of his Dep. D.A.s, Jay Johnson, on investigations out of the county, during these convenient periods Bradbury and Jay’s wife Mindy Johnson, also a Dep. ...