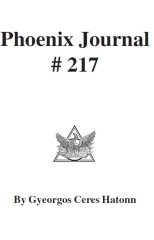 CHAPTER 1. SOCIALISM’S QUIET GRIP ON A NATION DO THE U.S. CONSTITUTION AND BILL OF RIGHTS NO LONGER APPLY? by Dr. John Coleman 9/97. The following thoughtful commentary has been extracted from the September 1997 issue of Dr. John Coleman’s World In Review. Longtime CONTACT readers have been exposed to other, more exotic covert technologies being used to manipulate, harass, mind control, and spy upon we-thepeople, but the fundamental issue of freedom (or the erosion of freedom) remains just as important no matter what the examples may be. Our U.S. Constitution and Bill of Rights are being disassembled right before our eyes, piece by piece, and we thank Dr. Coleman for pointing that out through several hidden aspects of the plot at work. How did we get to this sad state of Socialism in America? Mostly by one, small, hardly noticed step at a time. —Dr. Edwin M. Young, Editor-In-Chief The huge intrusion into the private lives of American citizens is fast nullifying the protection guaranteed by the Bill of Rights and yet, federal agencies are on the Hill almost every week, clamoring for more and more technology that allows total violation of the First, Fourth and Fifth Amendments in particular. And every week, Congress allows these agencies more and more leeway to erode further and further the personal liberty and freedom and right to privacy guaranteed by our Founding Fathers. Recently the French company SAGEM’s U.S. affiliate, North American Morpho System inadvertently revealed that the FBI has 630 million cards on file. The information came out when North American Morpho System said it had just completed a two-year project for the FBI which involved scanning 31.5 million fingerprint cards. “What is wrong with this?” some will say. What is wrong with this is that the Constitution does not permit a central police force—which is what the FBI most distinctly is. The FBI has no mandate in the U.S. Constitution, having been created in violation of the Constitution by renegade Teddy Roosevelt via “executive order” which has no standing in the U.S. Constitution. Executive orders are proclamations which can only be made by the monarchy of England and since we in the U.S. do not have a monarchy, there is no room in our constitutional laws for executive orders. This violent abuse of the Constitution and the Bill of Rights has accelerated under Clinton to the extent where the House and Senate might as well pack its bags and head for home. Rule by executive order is rule by fiat—rule by tyranny—and this is what is fast developing in the U.S. If I had a million dollars I would challenge every member of the Congress, the Justice Department, the Supreme Court and the Executive order to show me where in the Constitution is the power to issue so-called executive orders? Executive orders are sending America to hell in a handbasket, and no one is doing anything to put a stop to this unconstitutional practice which is fast bearing America along with the road to total tyranny. ...