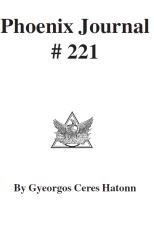 CHAPTER 1 THE NEWS DESK by Dr. Al Overholt 1/17/98 TEXAS COURT RULING—A SETBACK FOR NWO GLOBALISM, A BOOST FOR NATIONAL SOVEREIGNTY From the INTERNET, courtesy Candace, 1/5/98: quoting “One man’s trash is another man’s treasure,” goes an old saw. “One man’s triumph is another man’s tragedy,” could apply to today’s New York Times editorial, “An International Fugitive Goes Free” (1/05/98). For Mr. Elizaphan Ntakirutimana, a Rwandan Hutu priest accused (not convicted!) of war crimes; for the U.S. Constitution, for national sovereignty, for individual liberty and for a rule of law, the decision by the Texas Federal magistrate judge, Marcel Notzon, that the priest may NOT be extradited to the United Nations’ War Crimes Tribunal in The Hague was a triumph. For the New York Times editors, the judge’s ruling was a tragedy. Why? Because the Texas court’s decision is a setback for the New World Order globalists, like the New York Times, who have been attempting to make “an end around play”, to borrow a football expression, around the U.S. Constitution. No wonder the New York Times editorial screamed like a stuck pig, calling the judge’s Dec. 17 ruling “mistaken”, and his reasoning “faulty”. Meanwhile, the judge released Mr. Ntakirutimana, ruling that there was no constitutional basis to turn him over to the International Criminal Tribunal for Rwanda. Judge Notzon also questioned the validity of evidence against Mr. Ntakirutimana. The Rwanda and Bosnia tribunals were created by a U.N. Security Council resolution. Judge Notzon said that the law which Congress passed in 1996, authorizing the U.S. to turn over fugitives to the international tribunals for Rwanda and Bosnia, was unconstitutional because the U.S. has no extradition treaty with the tribunals. In other words, the judge’s decision repudiates the superiority of the United Nations Charter and its resolutions over the U.S. Constitution. Chalk up one small victory for national sovereignty, and a first legal defeat for supranational globalism. “It would be tragic if the United States, which has played such a crucial role in the creation and support of the tribunals for Rwanda and Bosnia, does not honor the obligations to turn over fugitives that it has urged on others,” the New York Times whined. ...