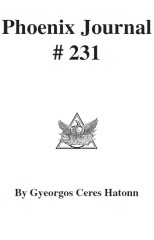 CHAPTER 1. SETUP FROM THE START! EMERGING INFO ABOUT ARRESTS OF “BIO-TERRORISTS”. Editor’s note: Something smelled pretty rotten from the start, wouldn’t you agree? Especially the way the timing unfolded. Microbiologists Larry Wayne Harris and William Levitt were arrested in Las Vegas by the evervigilant FBI and promptly labeled evil, anthrax-carrying “bio-terrorists” by the controlled major media, early on Thursday morning, February 19. Ahem—this happened just after the fiasco of the evening before at the staged “town hall meeting” at Ohio State University. You remember that Command Performance. It featured her lowness, Queen Madeleine, in the leading role, and included a supporting cast of her smirking, dutiful entourage of robotoid minions trying their conniving best to create the “mother of all pep rallies” to grease the skids for war in the Middle East. BUT—even with the front rows filled with a buffer of well-behaved military personnel, plus wellrehearsed, seasoned CNN broadcast commentators refereeing the event—all placed strategically to try to infuse an aire of dignity, The Performance was still seen through by most of the outraged and noisy public in attendance as no more than a snow job. The event sold about like hot coffee would on a sweltering July afternoon. So, it looked like it was now clearly time for heavy spin-doctoring to get the public in step with a Middle East war agenda. But surely the “bio-terrorists” scare of the very next morning was merely a “coincidence”. What is that snicker I hear? We presented some initial commentary on this matter of those evil “bio-terrorists” on page 40 of last week’s CONTACT. But it was obvious at the time that there HAD to be much more to what happened—what with the media’s complete inability to refer to the matter without weaving nasty Saddam and helpless Iraq into the vegetable soup at every turn of the blather crank. One way or another the public was going to be stirred-up AGAINST Saddam and FOR war, even if through such a convoluted route as this approach. ...