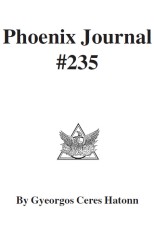 CHAPTER 1. REC #3 HATONN. THU., MAR. 19, 1998 1:50 P.M. YR. 11, DAY 215. THU., MAR. 19, 1998. (QUOTING:) PART 39, GLOBAL PARASITES. “JEWISH RIGHTS” CLASH WITH AMERICAN RIGHTS. It is well that the public should understand that the present study of the Jewish Question in the United States is not based upon religious differences. The religious element does not enter except when it is injected by the Jews themselves. And it is injected in three ways: first, in their allegation that any study of the Jews is “religious persecution”; second, by their own records of what their activities in the United States consist of; third, by the impression which is very misleading if not corrected, that the Jews are the Old Testament people of the Old Testament religion which is so highly regarded in the Christian world. The Jews are not the Old Testament people, and the Old Testament, their Bible, can be found among them only with difficulty. They are a Talmudic people who have preferred the volumes of rabbinical speculation to the words of their ancient Prophets. The note of religion does not enter this discussion until the Jews place it there. In this series of articles we have set aside every non-Jewish statement on this question, and have accepted only that which proceeds from recognized Jewish sources. It has been more than a surprise, in studying the proceedings of the New York Kehillah and the American Jewish Committee and their affiliated organizations, as represented by their activities throughout the country, to learn how large a part of these activities have a religious bearing, as being directly and combatively anti-Christian. That is to say, when the Jews set forth in the public charters and constitutions of their organizations that their only purpose is to “protect Jewish rights”, and when the public asks what are these “Jewish rights” which need protection in this free country, the answer can be found only in the actions which the Jews take to secure that “protection”. The actions interpret the words. And thus interpreted, “Jewish rights” seem to be summed up in the “right” to banish everything from their sight and hearing that even suggests Christianity or its founder. It is just there, from the Jewish side, that religious intolerance makes its appearance. What follows in the course of this article is nothing less nor more than a group of citations from Jewish records covering a number of years. It is given here partly as an answer to the charge that this series of articles is “religious persecution”, and partly to help interpret by official actions the official Jewish program in the United States. ...