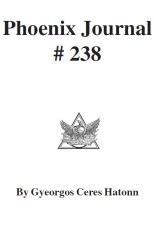 CHAPTER 1. REC #2 HATONN. THU, APR. 2, 1998 1:01 P.M. YR. 11, DAY 229. THU., APR. 2, 1998. (QUOTING:) PART 60, GLOBAL PARASITES. FROM THE INTERNATIONAL JEW, VOL.III, JEWISH INFLUENCES IN AMERICAN LIFE. HOW JEWS RULED AND RUINED TAMMANY HALL. Within the memory even of young men, Tammany Hall has been the synonym of all political trickery, in the vocabulary of popular criticism. Tammany Hall was held up as the worst example of boss rule and political corruption that it was possible to find in either of the parties. Its very name became a stigma. But even the most unobservant newspaper reader must have observed the gradual fading out of Tammany Hall from public comment, the cessation of the bitter criticism, the entire absence of headlines bristling with ugly charges, and the calling of the hosts of good citizenship to do battle against the grim bossism that maintained its headquarters at the Wigwam. Why this change? Is it due to the dying out of Tammany Hall as a political force? No, Tammany is still there, as any New York politician will tell you. Is it due, then, to a reform of that organization? No, the Tammany tiger has not changed its stripes. Then, perhaps, this change is due to public sentiment? Not at all. The explanation is to be found along other lines. There was a time when fearless publications told the truth about Tammany, but Harper’s Weekly and others which waged fierce war against the Tiger, have either gone out of existence or have fallen under control of the Jews. The silence which has shrouded certain matters must not be noted and set aside without reference to the changed control of the press. There was a time when public bodies like the Citizens’ Union organized to oppose Tammany and to keep a volunteer vigil on its activities; these groups have succumbed to Jewish contributions and officership and no longer stand guard. The outcry against Tammany seemed to be hushed the moment that Tammany patronage fell into the hands of New York Jews, where it now reposes, the Kehillah being the real political center, and Tammany but a distributing station—a sort of organizational “Gentile front” for the more powerful Kehillah. A few Tammany leaders are permitted to strut out in front, but everyone knows that from the Wigwam chiefs the power has departed; it is now to be found in Jewish conferences. Murphy is still the titular head of Tammany, but like a Samson shorn, he is not feared and obeyed as of yore. In fact, the Judaization of Tammany Hall is now complete. ...