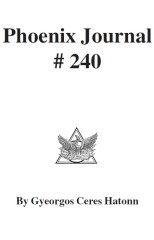 CHAPTER 1. NEWS DESK SPECIAL REPORT. KORTON: JAMES BOND AND THE COLLAPSING OF A WORLD. 3/26/98 KORTON. Commander Tomeros Maasu Korton here in the Radiant Light of God-Aton. In a world where love and respect for your fellow beings is sorely lacking, we bring Truth in the hopes that it may provide you with the opportunity to look the usurpers of freedom squarely in the eyes and peacefully take back your world. A NATION DIVIDED When history looks back at the closing of your century, according to the method you “keep time”, it will mostly chronicle the fall of civilization, as you have known it, by the steady rise of racial strife culminating in the previously unrecorded slaughter of entire continents of people—an act that neither God nor Mother Earth will longer tolerate. Such an unthinkable (except to man) disruption in the natural order of God’s perfect universe will prompt the Hand of Nature to begin cleansing the Living Being that gave you this splendor called PHYSICAL Life. Earth-Shan has long suffered during man’s evolution through this experience. While his technology has created more efficient ways to snuff-out life, his thirst for blood has caused the highest resources available to him to be channeled in the direction of death. And when such unchecked aggression is focused on the very principle of the continuity of life itself, the very Laws of Creation become the tools of destruction— AND THAT, DEAR ONES, IS WHERE THE LINE IS DRAWN! MAN HAS NO NOTION OF THE EXTENT OF THE DARKNESS INFUSING THAT WHICH HE IS NOW ABOUT TO DO, NOR ITS CONSEQUENCES IN THE TAPESTRY OF SOULED EXISTENCE. Hence, all the attention your little orb is getting. When God’s people cry out, He hears the call and responds—but it will be through you that assistance will be rendered. ...