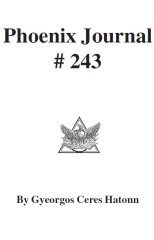 CHAPTER 1. THE NEWS DESK by Dr. Al Overholt 5/9/98. FEARS ABOUT FOOD SAFETY ON THE RISE. Recent encounters with contamination cause new-found anxiety about system Excerpted from 2 articles in THE GLOBE and MAIL, Canada, by Murray Campbell, courtesy Dr. Pierre Clautier, 4/13/98: (quoting) This is what food poisoning looks like behind the headlines. When Tammy Collins noticed last month that her seven-year-old daughter, Amanda Drury, was ill, she rushed her to a hospital in Barrie, Ont. The little girl was vomiting and had a temperature of nearly 40 (104 F), but doctors, apparently believing that she was suffering from nothing more than the flu, turned her away. It took four more visits before a frantic Ms. Collins was able to convince the doctors that bloody diarrhea was serious enough to warrant closer observation and that Amanda should be admitted. Five days later, after losing one-10th of her body weight, the little girl was diagnosed as having salmonella poisoning. There is a certain irony to this because Ms. Collins is a trained cook and has always been scrupulous about how she prepares her food and disinfects her cooking utensils. “I racked my brain, thinking ‘Where did I go wrong?’” Amanda spent eight days in hospital, and although she is now back in her Grade 1 class, she remains pale and tired. Her mother remains livid with doctors who did not recognize food poisoning, and is worried that her daughter has become a picky eater. But what may be worse than any of this was the discovery that Amanda had become ill not from anything consumed at home but from a packaged lunch snack given to her by her father. Now, no supermarket looks safe to her. “I’ll never, ever buy packaged foods again,” Ms. Collins vowed. This attitude reflects a newfound anxiety in Canada about what we put in our mouths. Suddenly, food that used to be taken for granted is slightly suspect. ...