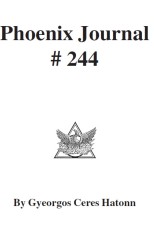 CHAPTER 1. NEWS DESK SPECIAL REPORT by Dr. Al Overholt 5/30/98. THIS WILL BLOW YOUR MIND: MIND CONTROL Newly De-Classified U.S. Electronic. Harassment Technologies. From the INTERNET, courtesy of Calvin Burgin, wrldline@texas.net, 5/28/98: (quoting) This page lists articles from technology publications which show how these technologies are being marketed in commercial form, and have also been and are being used to harass covert weapons testing victims: The reader is asked to remember that ANNOUNCED inventions with potential for “national security” use are ALWAYS already in use covertly when announced. The SR-71 “Blackbird” surveillance aircraft was in use almost 30 years before the public saw it. This page lists articles from technology publications which show how these technologies are being used to harass covert weapons testing victims, and are now coming out in commercial form, or have been announced to the public: 1. Aviation Week & Space Technology, March 10, 1997: “Radar Warns Birds of Impending Aircraft” This article by Bruce Nordwall (Washington bureau) describes research being carried on by the USAF Wright Laboratory at Dayton, Ohio. The article describes the use of MODULATED radar signals to produce AUDIBLE SOUND within the brains of birds near airport runways to cause them to fly away and avoid collisions with landing aircraft. Other references on work with animals or humans with “audible microwaves”: Science, vol. 181, 27 July 73, page 356; Nature, vol. 216, DEC. 16, 1967, page 1139; Nature, vol. 210, May 7, 1966, page 636; Journal Acoustical Society of America, June 1982, page 1321; Bioelectromagnetics conference, 1992, 13:323-328 (pages 323-328). This list was furnished by the lab at Wright-Patterson Air Force Base where this type of unclassified development is now in progress. The transmission via MODULATED microwave pulses carrying voices to selected weapons testing victims has been carried on for more than two decades, as reported by the victims. There has been little published about this phenomenon, and since direct-to-skull voice transmissions are consistently misinterpreted by psychiatrists as ‘schizophrenia’, getting this information to the public needs concerted attention. ...