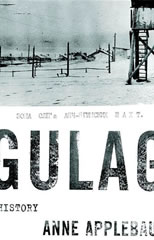 Their locations were a secret, but the fear they inspired was well known to Russians, Lithuanians, Poles, Armenians and many others who lived under the influence of the former Soviet Union. The concentration camps of the Gulag - literally acronym for Glavnoe Upravlenie Lagerei, ouAdministração Central Fields, "a word that eventually became describe the entire Soviet system of forced labor and punishment aimed at criminal and political prisoners, children and women - spread out across the country, the icy inhospitable Siberia to Central Asia, passing through forests Urals and the suburbs of Moscow. They came even before his infamous as Auschwitz Nazi counterparts, Sobibor and Treblinka, and continued to grow long after the end of the Second World War. But only now, after the collapse of communism, the history of this system of repression and punishment that terrorized million comes to light with all is strength. Although the existence of such camps was already known in the West thanks to classics like A Day in the Life of Ivan Denisovitch and Gulag Archipelago, Alexander Solzhenitsyn the dissident, is awarded with this work that Anne Applebau have the first complete and accurate portrait of one of the greatest crimes against humanity. Far from being limited to coldness of official documents, finally accessible, Applebaum enriches the story with interviews and reports survivors, who excel not only by force of prose, but also for its ability to probe below the surface the daily horror. Anne Applebaum. ...