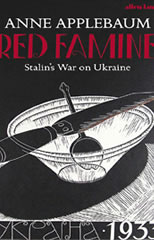 Preface. The warning signs were ample. By the early spring of 1932, the peasants of Ukraine were beginning to starve. Secret police reports and letters from the grain-growing districts all across the Soviet Union – the North Caucasus, the Volga region, western Siberia – spoke of children swollen with hunger; of families eating grass and acorns; of peasants fleeing their homes in search of food. In March a medical commission found corpses lying on the street in a village near Odessa. No one was strong enough to bury them. In another village local authorities were trying to conceal the mortality from outsiders. They denied what was happening, even as it was unfolding before their visitors’ eyes. ...