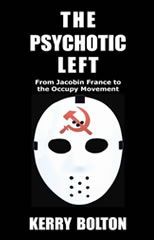 Foreword Once upon a time, everyone understood politics. Conservatives conserved; Liberals liberated; the left disliked the elite; the right disliked underdogs; Socialists provided the shock troops and cash to achieve the more material liberal objectives more quickly, at least for the industrial worker; and businessmen funded select liberal-conservative efforts such as churches. The Second World War provided a terminal shock to this happy system. For the left had largely backed pacifism through the 1930s; and then backed the Nazi-Soviet Pact of 1939-41. So it had some adapting to do as Russia and America were dragged into the War and eventually won it. The left’s immediate past of accepting National Socialism needed to be forgotten. As was so often to be true for the modern left, help was at hand. The 1945 opening of the Nazi gas chambers (unmatched by any comparable revelation of the freezing death camps of Siberia) meant it could be said that the War had been fought for Jewish underdogs against anti-Semitism (it being conveniently neglected that Stalin was just as murderously anti-Semitic as Hitler). Jewish intellectuals who had escaped the Holocaust to America and Britain were delighted to oblige. Understandably determined to prevent any recurrence of the Jews’ latest persecution, they (in particular the Frankfurt School, relocated to California) set about analysing (psychoanalysing) what they represented as the right – for the national-socialist Hitler had to be demonized, and conservatives (most of whom had also not been keen for another war with Germany) along with him. The analysis would work like a dream. It was that conservatives were a fundamentally neurotic lot who required heavy authority to contain their disorganized repressed urges. Hitler was to be turned into a role model of conservatism even though it was only people like the liberal-conservative Churchill and Eysenck who had sacrificed themselves for a decade to oppose Hitler. That Hitler had had the works of Freud (and many other modernists) burned in the streets of Berlin, or otherwise banned, was supposedly a graphic testimony to the right’s essential ‘authoritarianism.’ The unwillingness of conservatives to accept 20th century’s demand for sexual realism had stimulated the major popular support for Communism against the Russian church-and-state autocracy of 1917. Now it was to provide the main intellectual ammunition against the post-’45 Western right. The analysis of sex-suppressing father-venerating conservatives struggling to contain themselves and thus inflicting their neuroses on the world had a resonance which was quite unmatched by any ability of conservatives to explain themselves, let alone make counterpropaganda. American conservatives mounted the McCarthy Era; but this had little intellectual influence, especially once Russia got the Bomb. And British conservatives were understandably unwilling to attempt explanations for how they had allowed the UK to be sucked into warfare which finally bankrupted Britain and lost its Empire. ...