Cohen Avner - Israel and the bomb 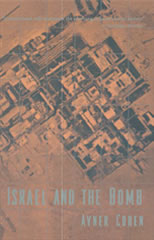 Preface. The seeds of this study were planted about a decade ago in a long theoretical article I wrote with Benjamin Frankel in 1987-88. In that article we elaborated on the term "nuclear opacity" as an explanatory ideal-type concept to account for the conduct of second-generation nuclear proliferators.1 By "nuclear opacity" we meant a situation in which the existence of a state's nuclear weapons has not been acknowledged by the state's leaders, but in which the evidence for the weapons' existence is strong enough to influence other nations' perceptions and actions. We argued that the term "nuclear opacity" captured more accurately the political reality of second-generation nuclear proliferators than other terms, such as "nuclear ambiguity;' "covert proliferation;' or "latent proliferation;' then in use to describe the phenomenon. ...